John and I are currently on a world trip where we plan to persue our passion of trail running through the various landscapes and environments of the world. As we pass through different countries we want to post our top pick for a trail run that we did. This does not mean that this is the best trail to run in that country. It just means that it was our favorite that we did. We are both using Ultraspire Fastpacks to carry our gear, hence the name of the column.


Where: The Tour du Mont Blanc – a hiking trail that circumnavigates the Mont Blanc massif mountain passing through the French, Italian and Swiss Alps.


Facilities/Trailhead: There are multiple places that you can use as trailheads. The most common places are Chamonix, Les Houches, Les Contamines in France, Courmayeur in Italy, or Champex and Martigny in Switzerland. There are other possibilities also. We started in Les Contamines where we left our car at a trailhead parking lot. We were told by the Tourism Office that car breakins were not a problem but we made sure that nothing was visible inside the car. We left our larger backpacks and valuables at one of the guesthouses in Les Houches where they would be more secure.


There is camping along the route but we chose to use the wonderful Refugios and Guesthouses or Gites. These provide overnight accomodation and can include dinner (usually a 3 course meal (appetizer, main meal, and dessert) and breakfast (standard European coffee/tea, bread, butter, jam, honey and sometimes included cereal or fruit). We chose to stay in the cheaper dormitories (dortoir) but there are private rooms available. This is a popular trail so the private rooms in the huts are usually booked ahead. Even the dorms were pretty full at some huts since we did this in August. Reservations are recommended, especially for larger groups.There were showers at every hut. Sometimes they charged extra for this (2 Euro) but most of the time it was included. Bring slippers or flip-flops as boots/shoes are not allowed inside most of the huts. 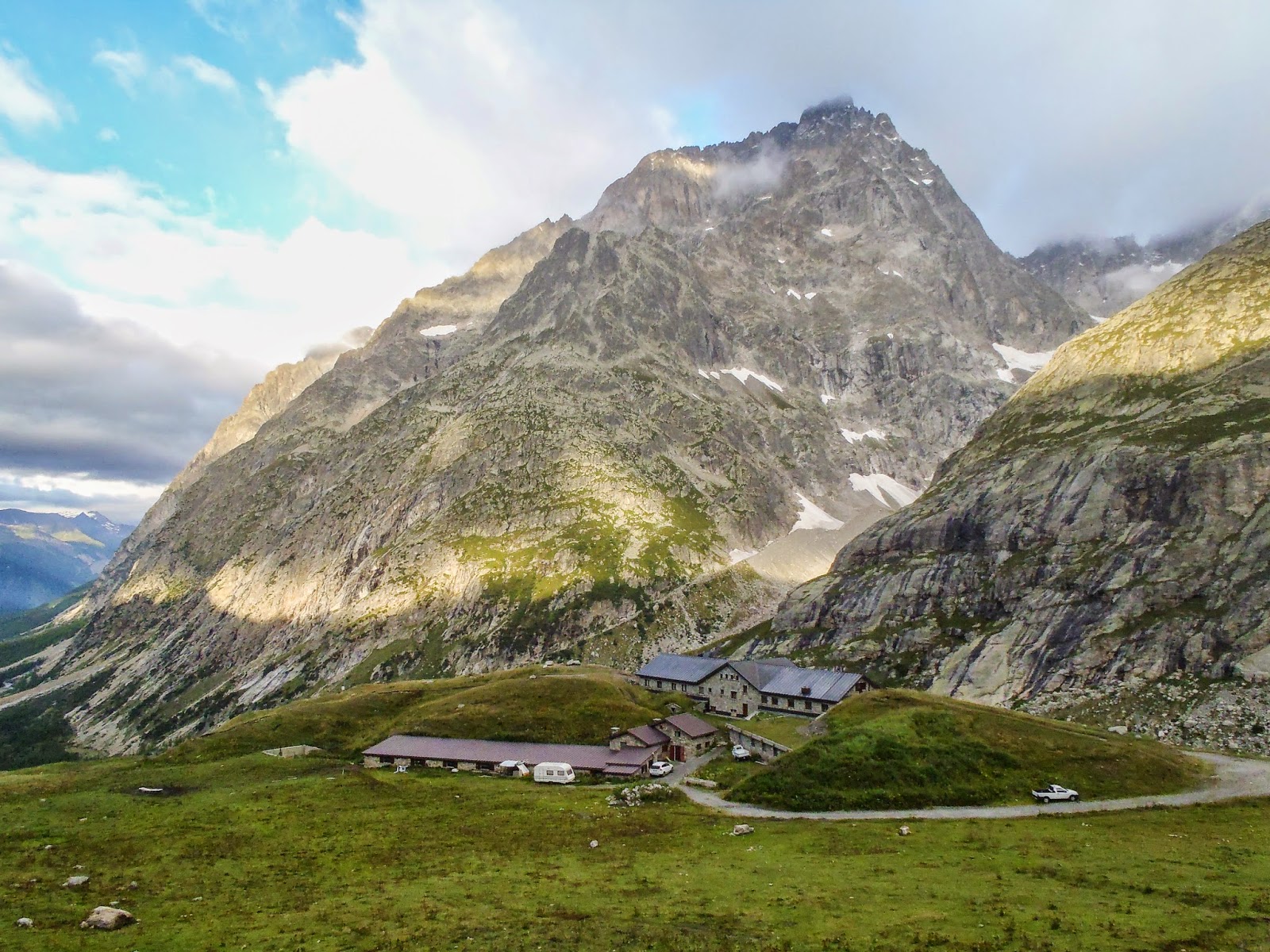 One of many beautiful Refugios
There are multiple huts or towns along the entire route so lunch options existed every day.


Fees: There are no park fees or cost for using the trail. Staying at the huts runs about $65 per person for 1/2 pension (dormitory accomodation, dinner, breakfast). Drinks and snacks are extra. Some of the huts have heartier and bigger meals than others and vegetarian options exist (veganism is more of a challenge because of the meat and cheese culture of Europe). You may be charged about $8 to camp near some of the huts or at designated spots. Wild camping is frowned upon but we saw lots of people doing it with no consequences.


Terrain/Trails: The trails ran the full gamut from wonderful single track to dirt roads and some pavement (usually when passing through the towns/villages). On one section of trail above Argentiere there are ladders and handrails to get past the rock cliffs. The scenery is ridiculously beautiful with alpine passes, forested valleys, and the ever present Mont Blanc massif with its constant changing perspective as you work your way around these massive mountains and glaciers. The “normal” direction is to travel counter-clockwise but either direction would work fine. Hikers will often take 10 to 14 days to do the loop. We “ran” it in 7 days. The winners of the Ultra-Trail du Mont Blanc (UTMB) race cover the distance in 21 hours (that is FAST!!!). We really recommend taking your time to truly be able to stop and enjoy the beauty of this loop. Don't rush through it.


Distance: The full loop is 170 km or 105 miles and has about 33,000 feet of vertical ups and downs. The Tour du Mont Blanc does not follow the UTMB course exactly. The hiking loop is longer, has more vertical, and is more scenic. The trail is well marked with signs and symbols painted onto rocks, buildings, and trees. 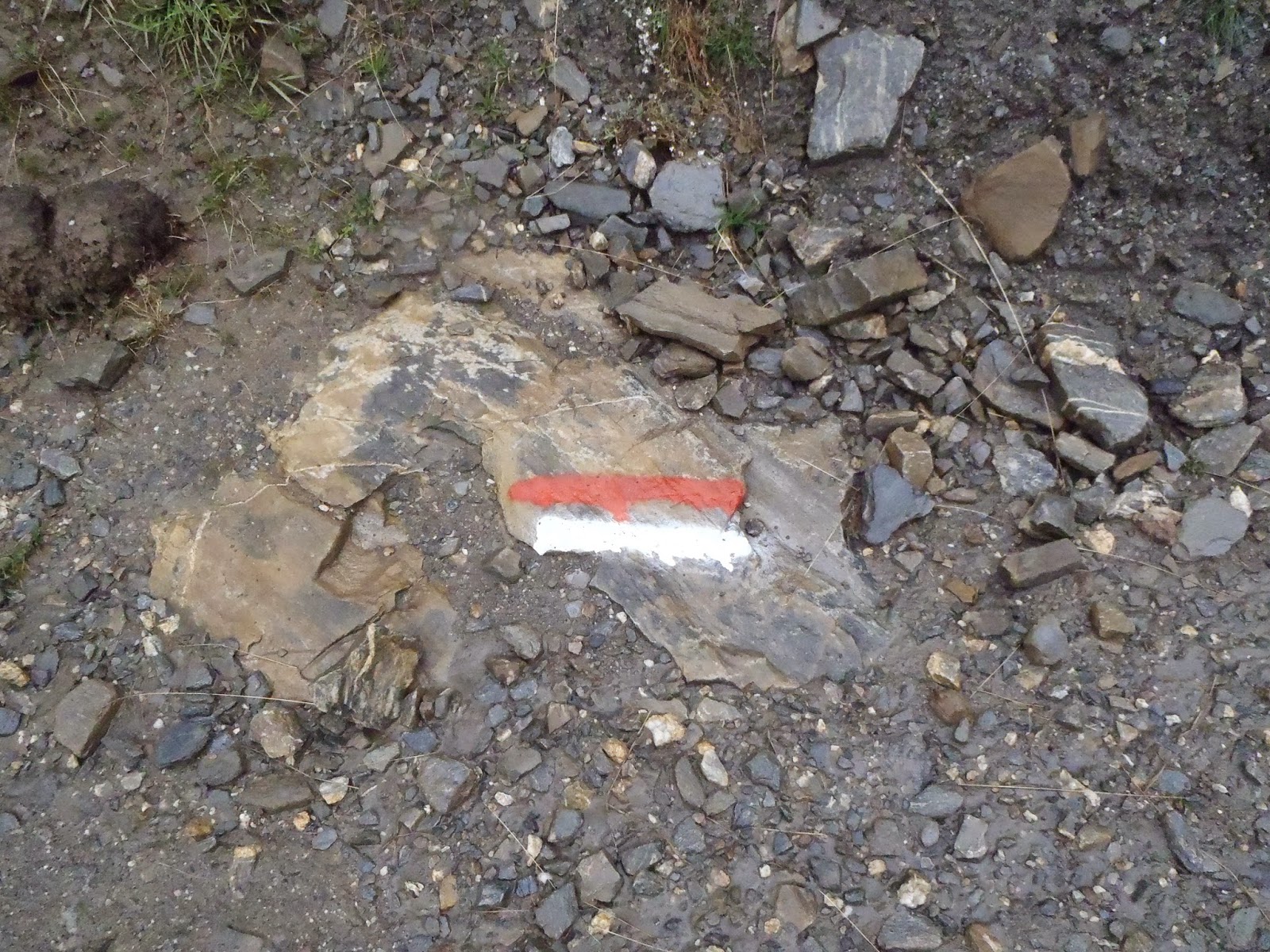 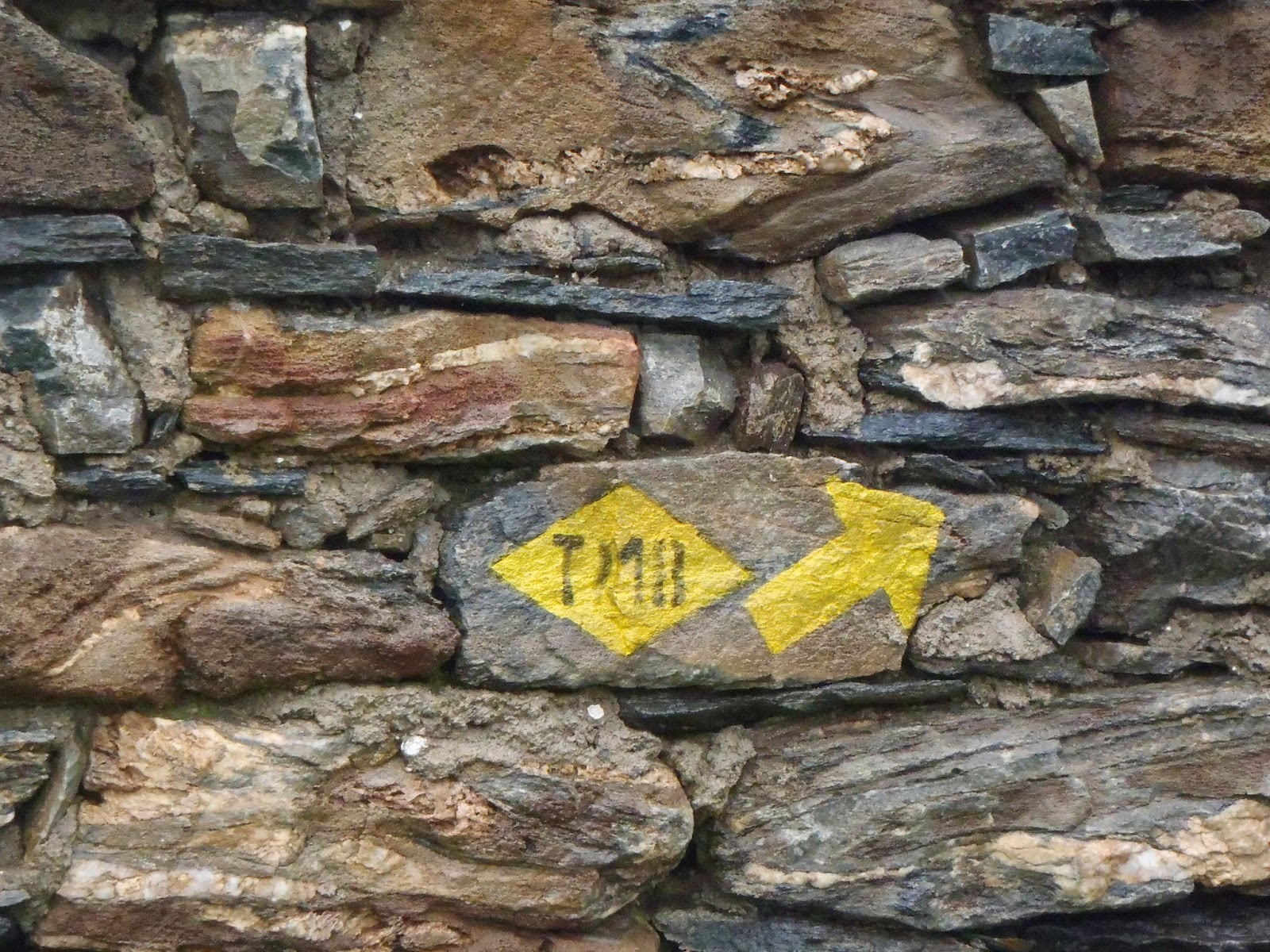 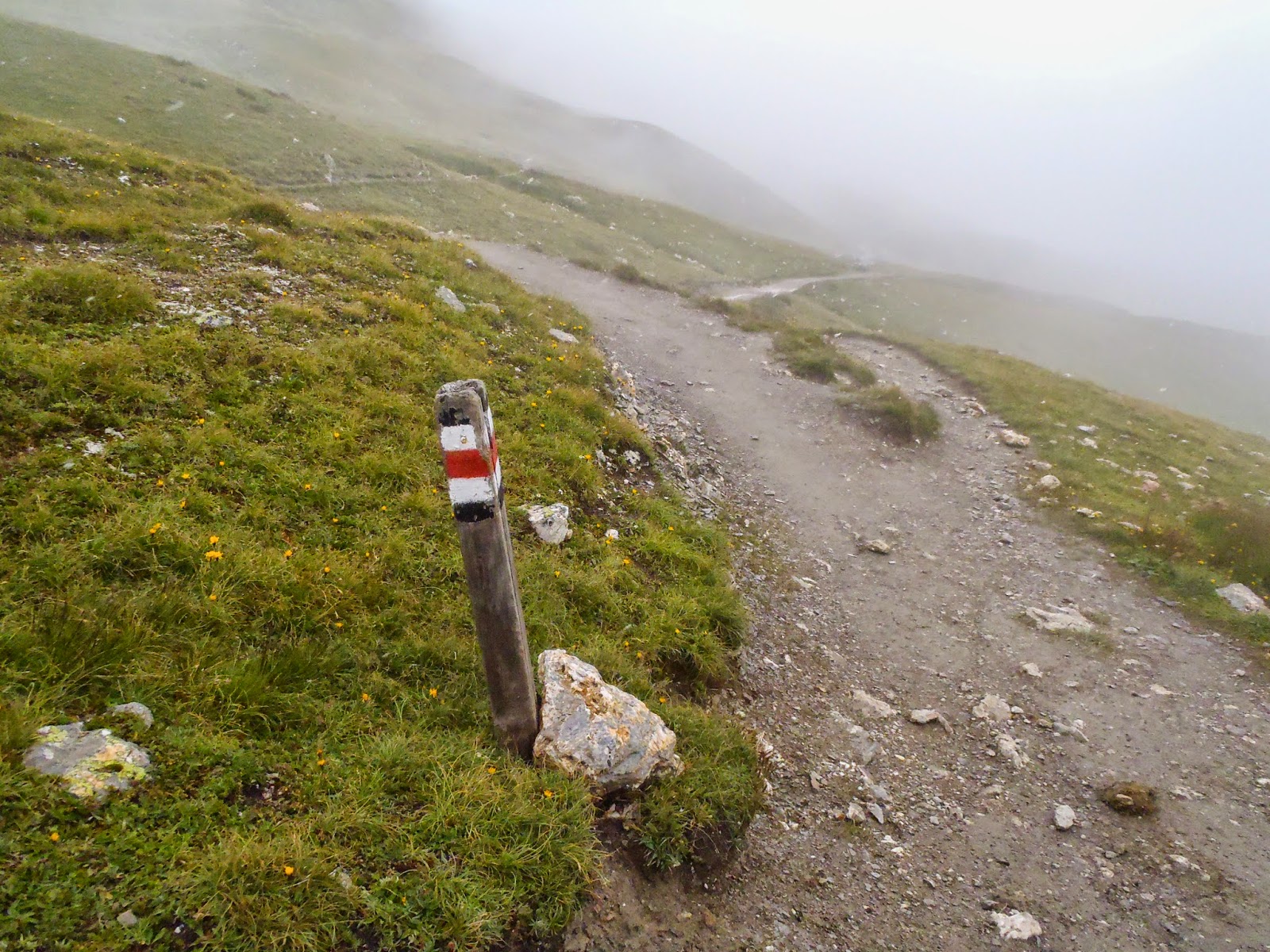 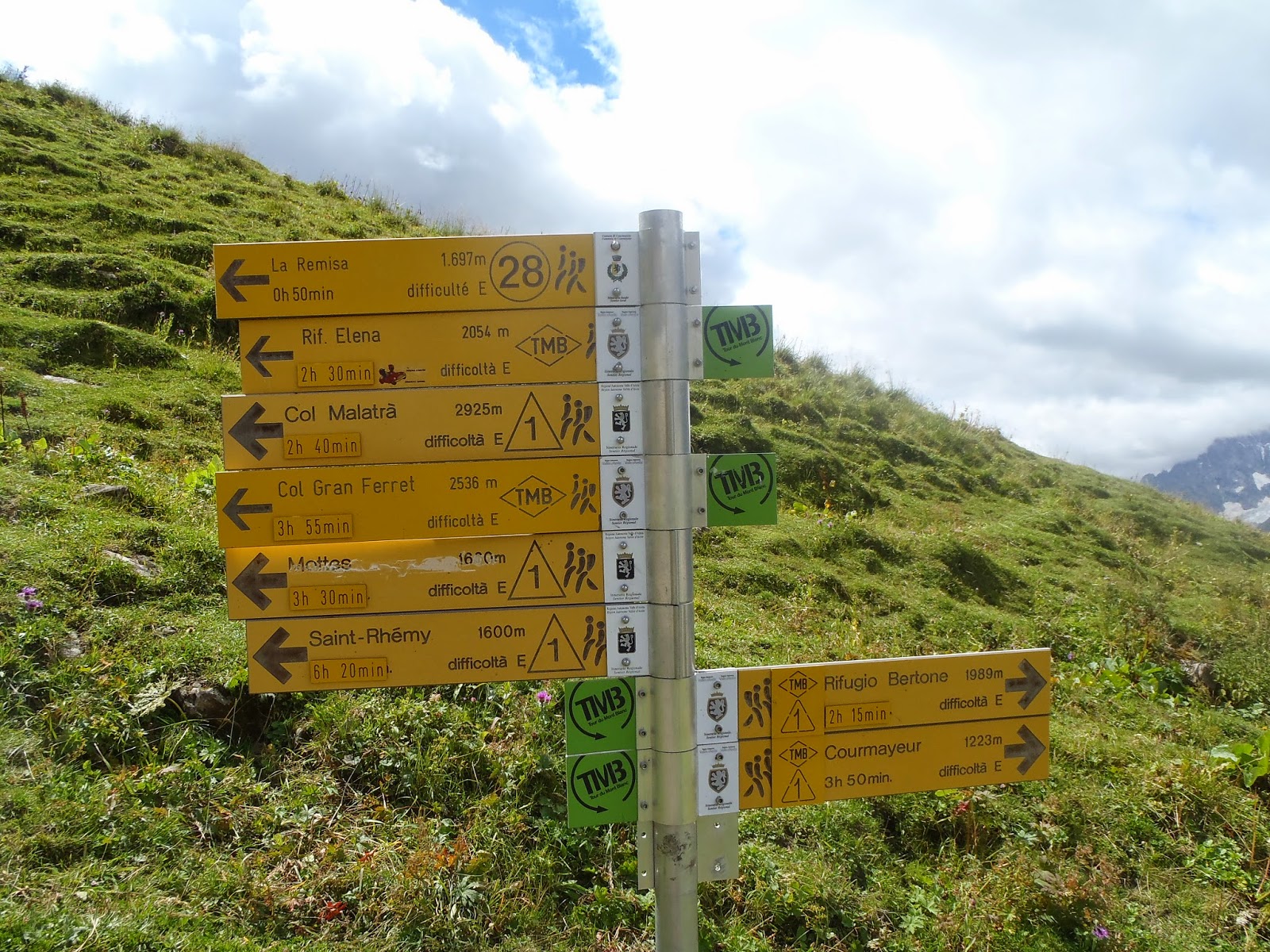 Description: We were originally going to start in Les Houches but the weather was so bad that day we elected to drive to Les Contamines and start from there where the weather was better. This area is notorious for bad weather and Mont Blanc creates its own conditions. While it was pouring rain in Chamonix it was sunny and beautiful in Courmayeur. We were fortunate to have our friend Glenn Tachiyama fly out from the United States to join us. The trail first traveled over the double pass of Col du Bonhomme and Col de la Croix du Bonhomme. This was one of our favorite passes and was a good introduction to some of the climbing that we would have to do. Once above the trees the terrain is alpine grass that almost looks like it has been mowed. Cows with large loud cowbells graze the fields. The UTMB race was two weeks away so we had some really fast tough looking runners going by us at times as they trained. We stayed that night at Refuge des Mottets and were glad we had a reservation since it was very crowded. Just as we got to the Refuge it started to rain and that continued all night. 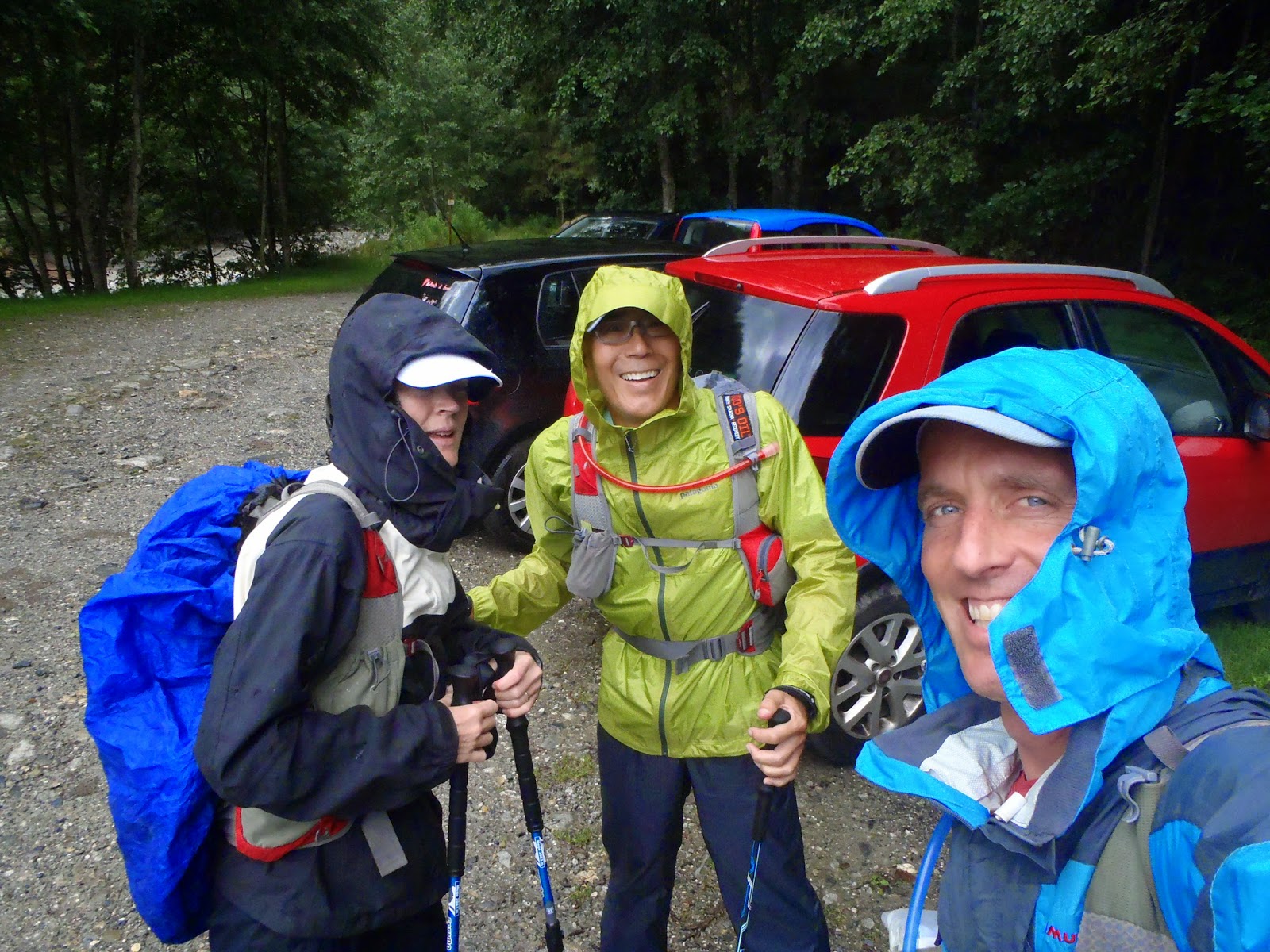 Starting in the rain 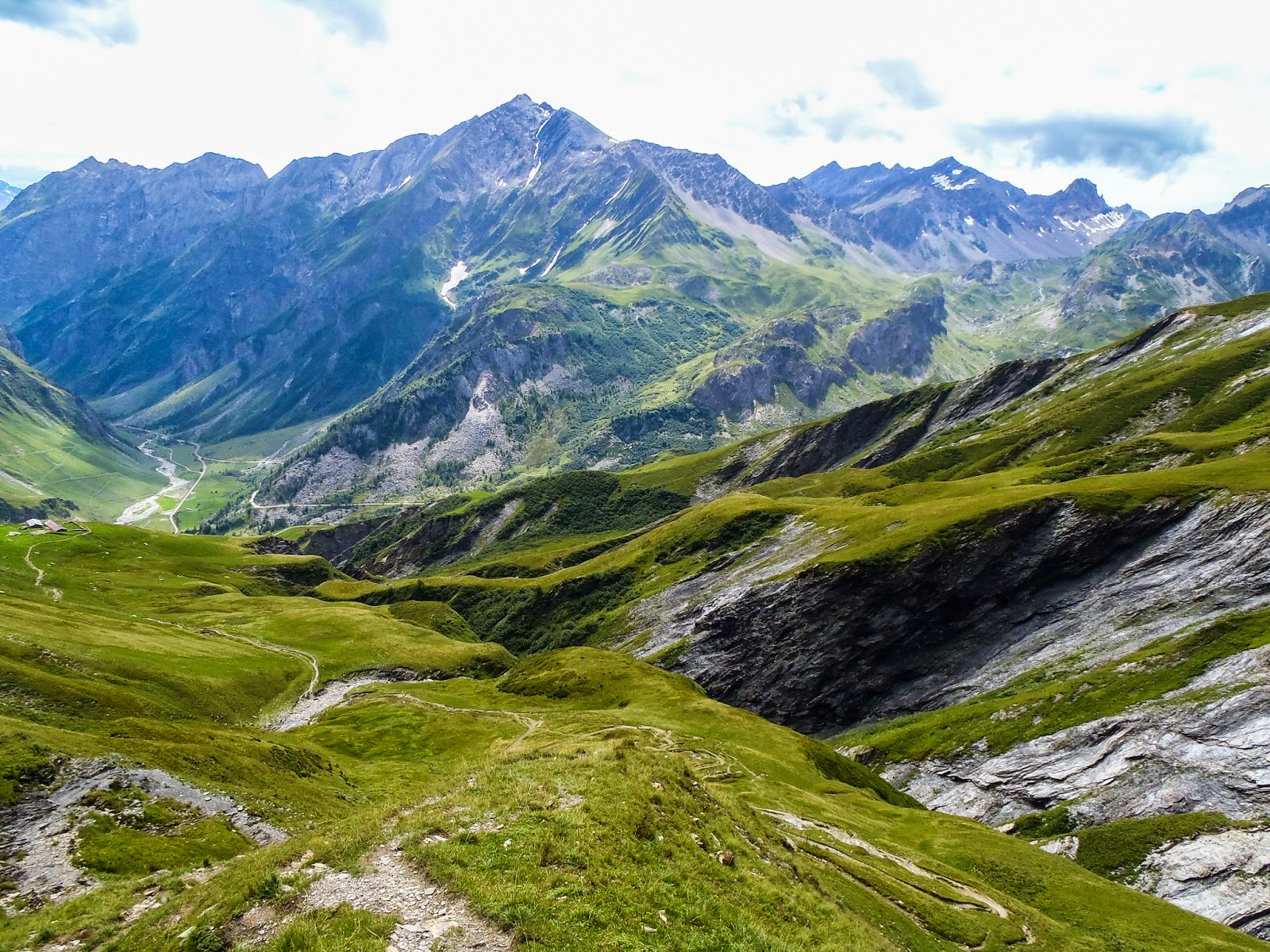 The weather was still ugly at the start of the next day as we climbed Col de la Seigne which was the border into Italy. Once we started the descent into Val Veny (Veny Valley) the rain became even worse. High winds, driving rain, and cold with the rain bordering on sleet/snow. The wind was so strong it would almost knock you down. During this section as we approached the Courmayeur ski area we literally had to run for our lives. We called it the “Race Against Hypothermia”. At the Refugio Monte Blanco we were able to find shelter and some of the best hot chocolate we have ever had. It was literally like a mug of melted chocolate. Yumm! The weather improved in the afternoon as we passed through the charming but large town of Courmayeur and then climbed up the next ridge to Refuge Bertone where the clouds broke and we finally got our first good views of Mont Blanc. 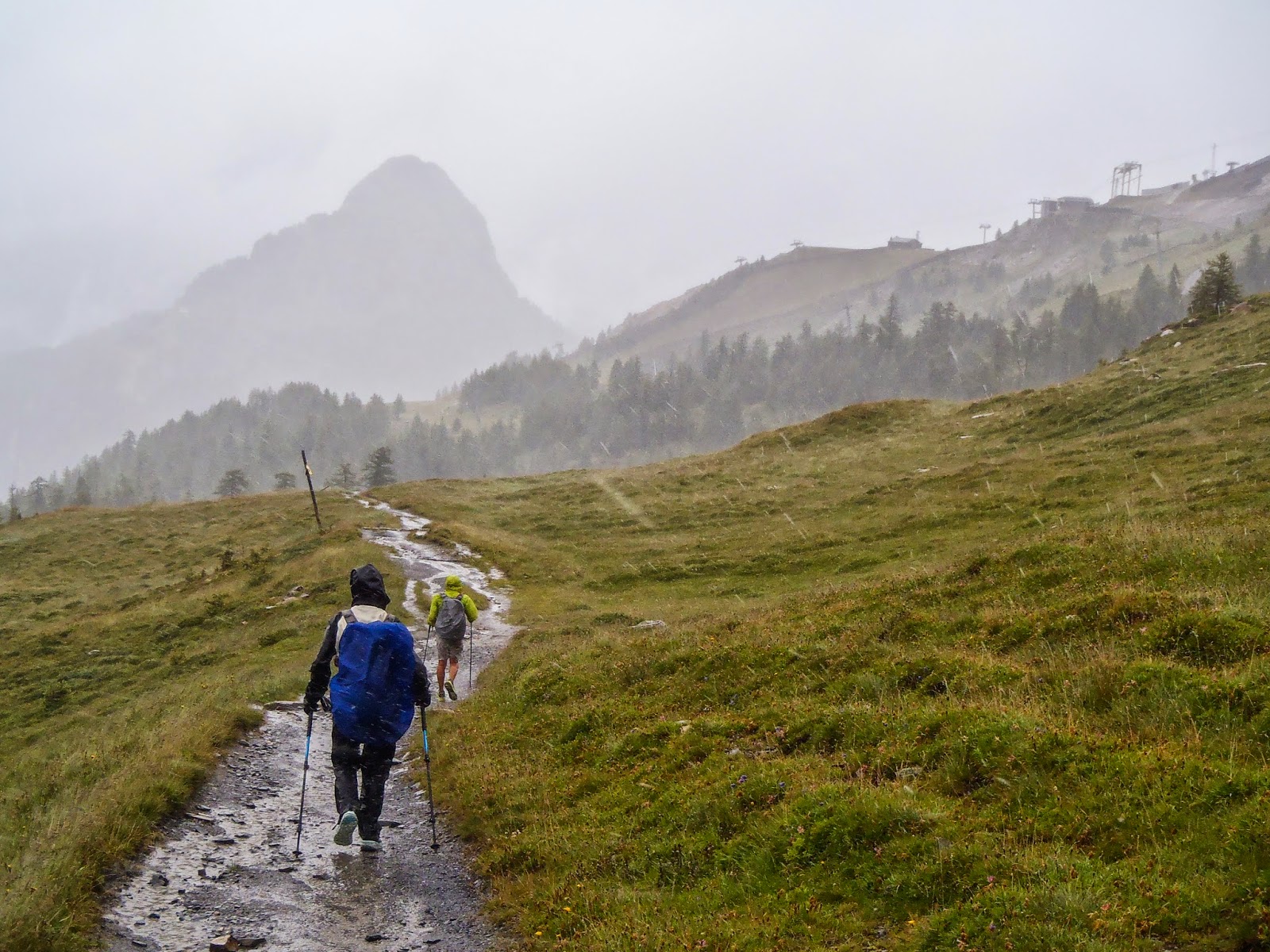 The Race Against Hypothermia
The next day running along the ridge of Mont de la Saxe was wonderful compared to the day before. Panoramic views of the Mont Blanc mountain range and wonderful runnable single track. This was one of the best days of runnable single track all the way to Refuge Elena at the base of the Grand Col Ferret which is the highest point on the loop (2537 meters).


Crossing the Grand Col Ferret takes you into Switzerland. The price of everything jumped up even higher once across the border. This was our other day of bad weather. At the top of the pass we had 5 minutes of a view before being engulfed into a cloud and it started to snow. It was cold enough that it was starting to accumulate on the ground but we were able to descend enough that it turned to rain. This day's trail passed through another beautiful river valley called Val Ferret. The trail passes through several small villages that are so perfectly Switzerland that they almost look fake. The tidiness of Switzerland is like no other place in the world. That day ended up in the town of Champex next to a small lake. There are numerous hotel and Gite (guesthouse) options here. 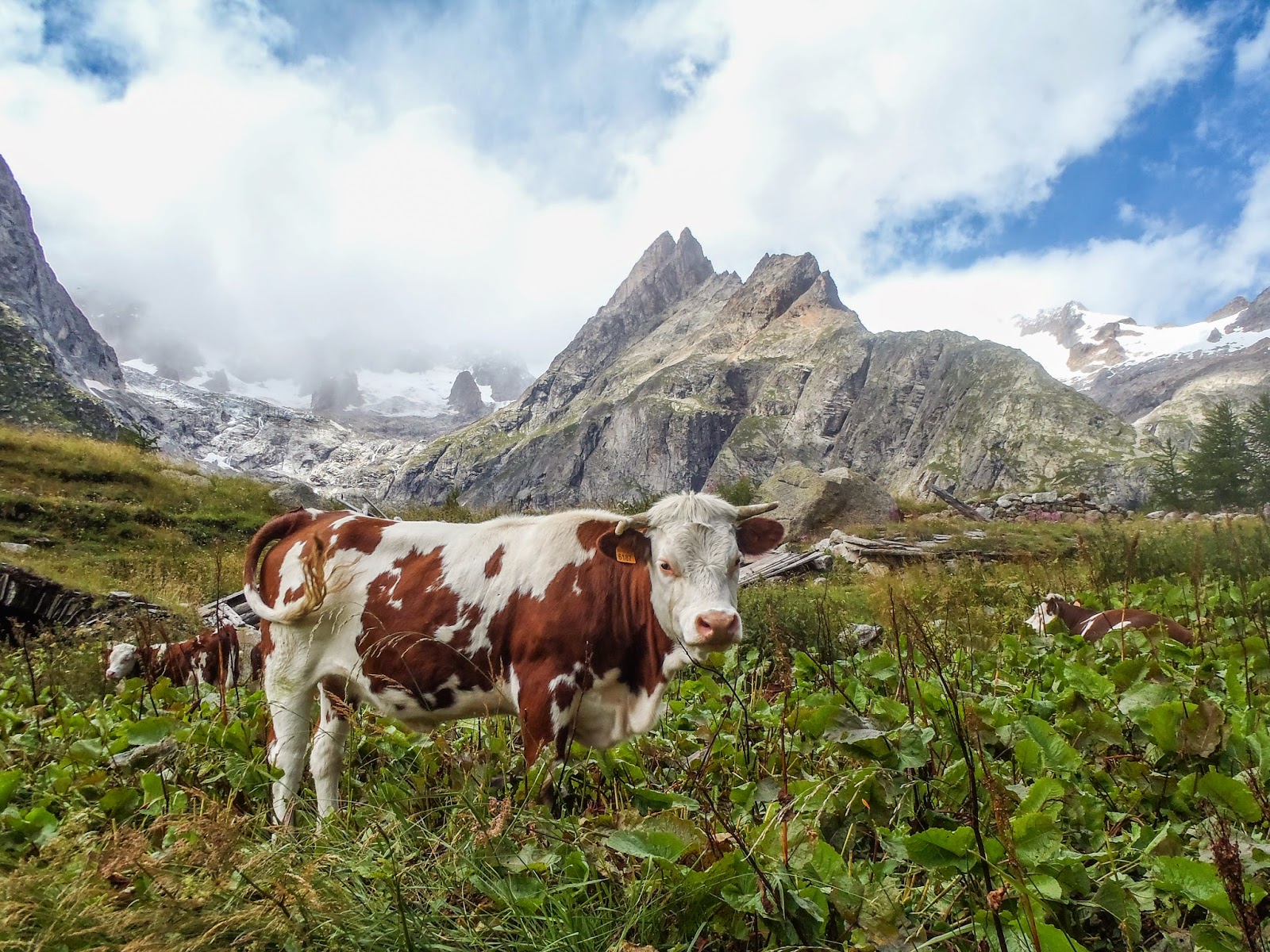 Cows on the Grand Col Ferret

Day 5 took us up and over the Col de la Forclaz and then to Col de Balme which was the border back into France. This route has expansive views looking north into the Martigny valley. The hike up to Col de Balme was steep with constant switchbacks. The end of the day brought us to the Refuge du Col de Balme but we elected not to stay there. It was small, dingy, had no potable water, and the lady running it was grumpy. We elected to take the chairlift/gondola combination down to the town of le Tour. Since there were no affordable hotels there we then caught the bus/train combo to the town of Vailorcine where we stayed at a nice guesthouse called the Gite Mermoud. The owner was concerned that he didn't know how to cook anything without butter or cream but he ended up being very successful at feeding Glenn a vegan dinner.

View into the Martigny Valley
Day 6 took us through the most “technical” section where the trail follows the mountainside on the north side of the Chamonix valley. There are sections of ladders, handrails, and steps driven into the rock to get past some cliffs, especially in the Echelles area where numerous climbing teams were negotiating the rock walls above us. Our lunch spot at Chalet de la Flegere had a hot tub on the porch next to the tables but none of us had the nerve to jump in. The trail then followed a rugged ridgeline across Col du Brevent and Le Brevent mountain before dropping steeply down into Les Houches. Since our backpacks were there for the first time all week we were able to have access to clean clothes. 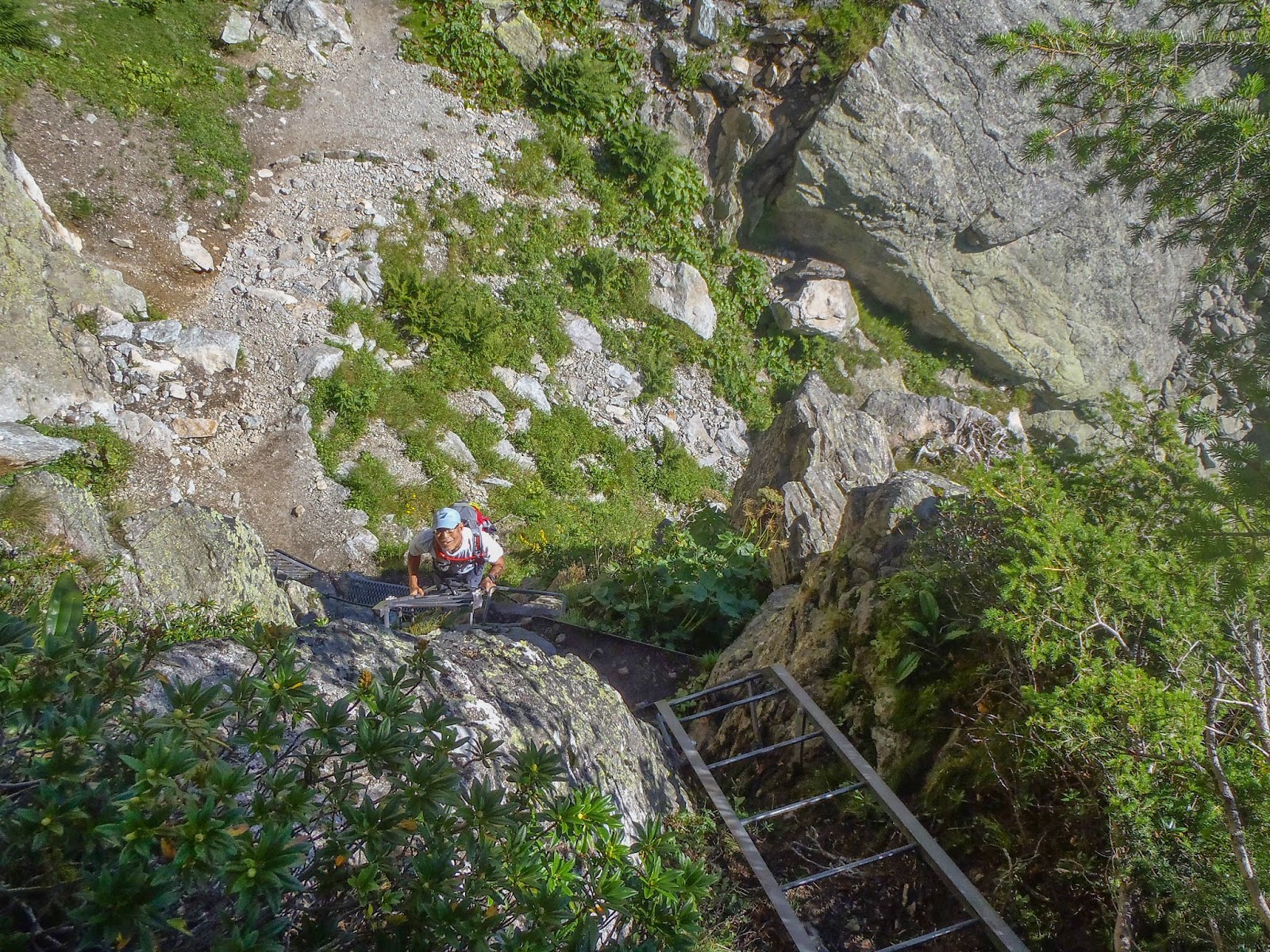 Glenn coming up a steep section 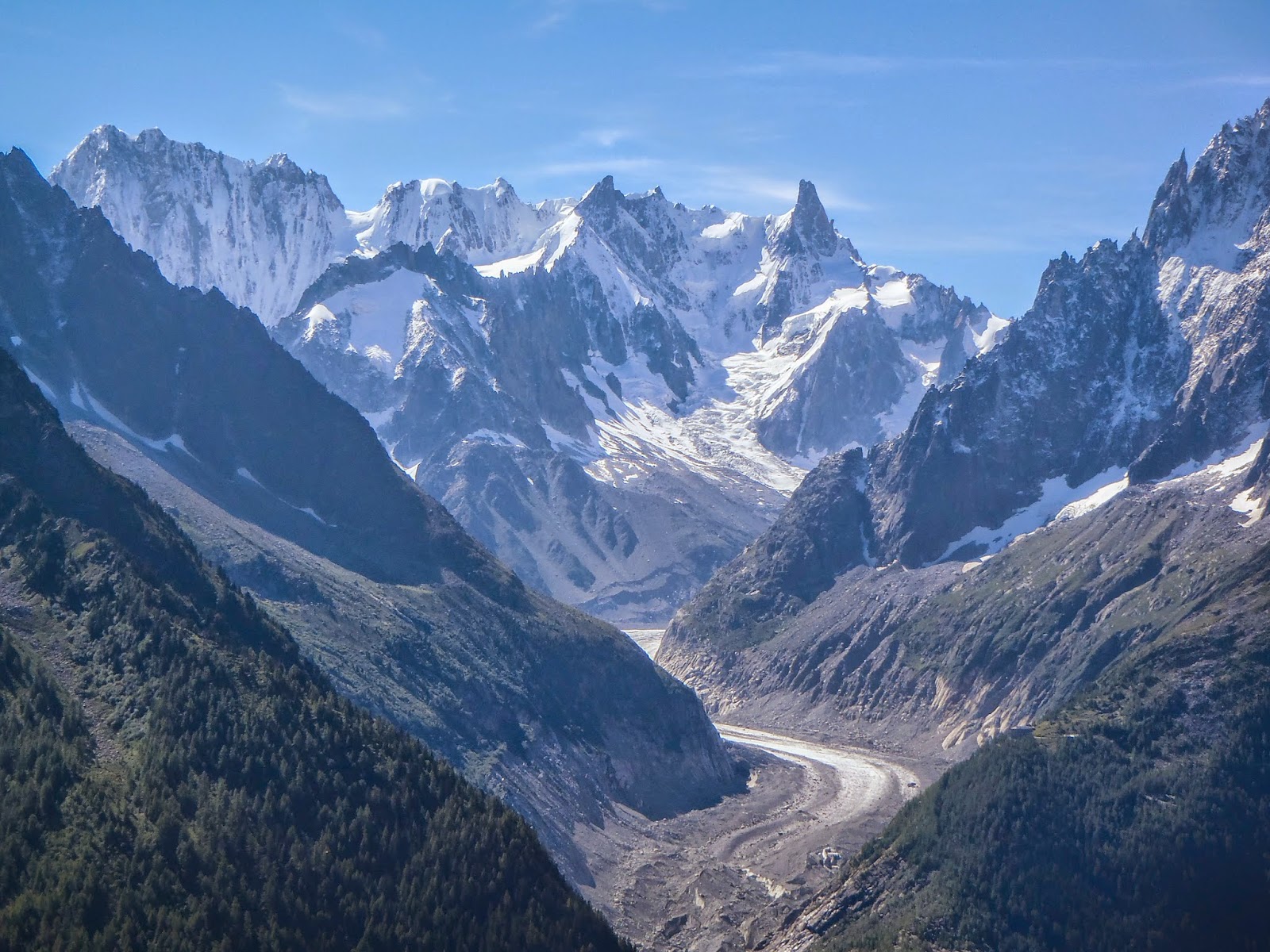 View from trail above Chamonix
The last day was an easy one from Les Houches over the ski area and Col de Voza to get back to Les Contamines and our car. It was nice to have an easy last day since our legs were pretty tired. The sunny weather helped our sense of accomplishment as we slowly closed out the loop. You know it was a good trip when you are glad to be done but at the same time wish it never would end. 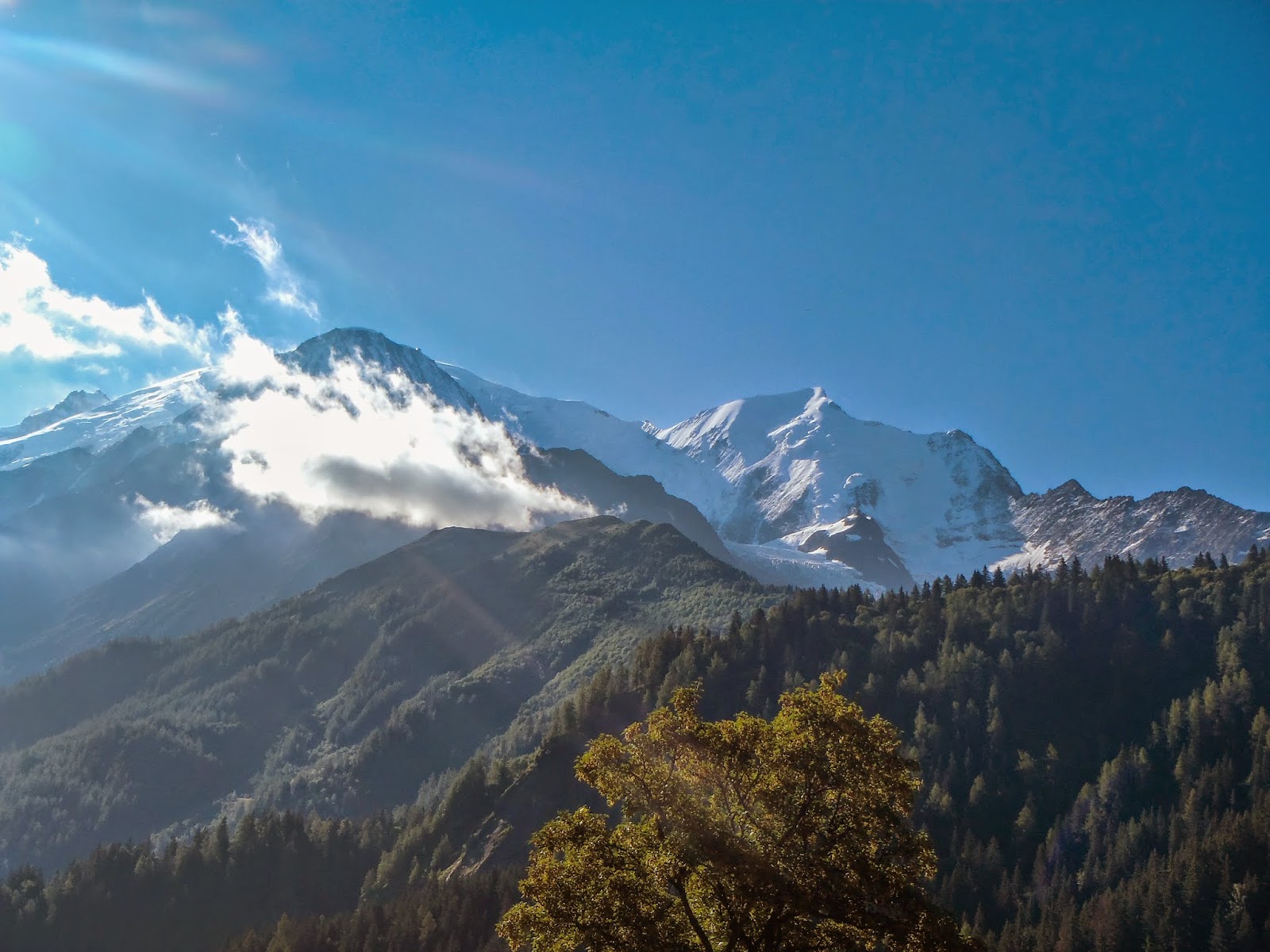 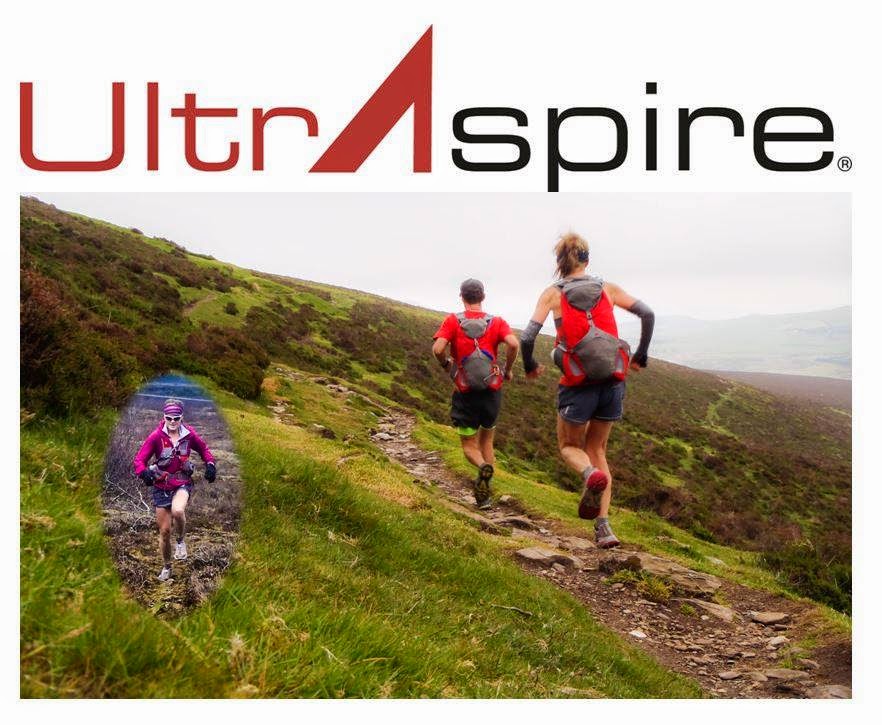 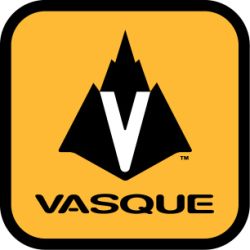 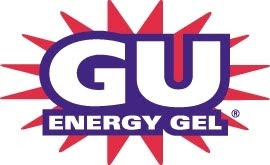